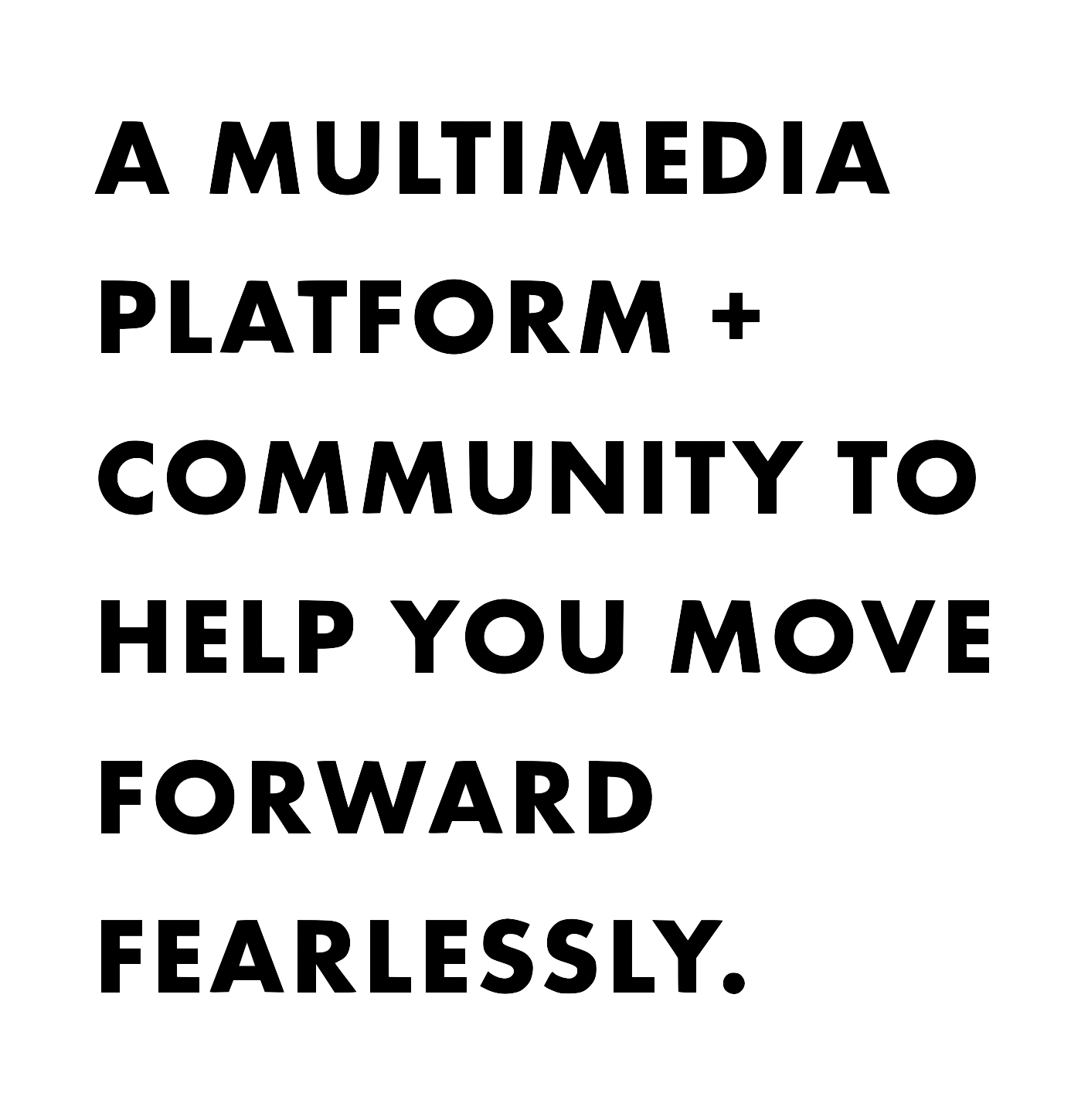 WANT: Women Against Negative Talk is a website, podcast, and community that gives women tips, tools, motivation, and inspiration to move forward fearlessly in life by shifting their negative self-talk patterns.

Through curiosity-sparking articles, mindful essays, in-depth interviews, and the WANTcast – along with offline community events and workshops centered around self-talk, WANT is the pragmatically positive tool kit, courageously human hub, and missing piece we’ve needed to activate real, lasting change in our own lives and the world around us.

A PRAGMATIC TAKE ON POSITIVITY

Let’s be really clear about this one: we’re not a “good vibes only” kind of platform and aren’t going to tell you to just “affirmation” your hard feelings away. We believe that true positivity is about way more than it’s been given credit for: true positivity is about being proactive, not reactive. This definition makes space for the full spectrum of your thoughts, feelings, and emotions instead of just the “happy” ones.

LOOKING BEYOND THE WORDS

Self-talk is about so much more than the words you say. In order to make real, lasting SHIFT happen, you might not be able to replace one word with another. In fact, most of the time, you might not be able to start with the words at all. WANT focuses on shifting your internal narrative by starting with, and embracing, the first part of the equation first: the “self” part of “self-talk.”

WANT was first conceived in November of 2007 by Katie Horwitch. Self image issues amongst women were just starting to push their way to the front of the line in the trending conversations going on in print, visual, and digital media at the time. What was once a taboo topic was now gaining a little traction – only a little, but traction nonetheless.

WANT came to life when Katie realized that there were zero outlets that not only gave women the inspirational-yet-authentically-human role models and real-life examples they were starved for…but actual pragmatic, proactive tips and tools to shift their harmful self-talk patterns and perspectives into ones that would finally allow them to be those inspirational and authentically human role models for themselves. Positive affirmations like “Speak to yourself like a best friend,” “Choose to be happy,” or “Love the body you’re in” are nice and a step in the right direction, but WANT was created out of the realization that there needs to be more.. Positive phrases won’t cut it in the long run without a solid framework for how to make them work on a personal and individualized basis.

Katie built a website, made t-shirts (because, sure, why not), sent a passionate “launch day email” to family and friends…and then let it fizzle out.

What she realized all those years later is that she’d thought up the platform she herself so desperately needed. As a highly sensitive 21-year-old struggling with her mental health, she knew what she wished existed — but didn’t know how to actually deliver it. Over the course of those next eight years, Katie built a multi-pronged career as an editor, journalist, mindset coach, and digital content creator — and, after growing tired of the lack of nuanced attention to mental wellness in the so-called wellness industry, she finally realized that shifting your self-talk was still the missing piece she was yet to read, hear, or learn about in a relatable way. WANT had been the right idea all along, just at the wrong time. She’d unintentionally been building toward her vision for almost a decade without realizing it.

WANT relaunched in its current iteration in January 2015, and the WANTcast followed shortly after in September. Through collaborations with experts, thought leaders, activists, and cultural influencers, WANT has morphed from one lonely young woman’s “purpose project” to a multifaceted multimedia platform and community by and for anyone looking to make real, lasting change in their world and the world simultaneously.

WANT recognizes the effects of negative self-talk, internal and external, on the mind, on the body, in the workplace, in the world. It’s a place to move forward fearlessly into the person you are meant to be by shifting both big and small things – everything from the way you approach self-care and identify the things you stand for, to the way you think about and use exercise, food, even your day job.

There are no barriers and no fluff when it comes to WANT – only the ones you decide to put up for yourself. WANT does not advocate one specific lifestyle or approach – it’s all inclusive, open to interpretation and personalization.

WANT is that pragmatically positive tool kit, that courageously human hub, that place that takes the idea of “empowerment” to a whole new level – that missing piece we’ve so needed to make magic happen on our own terms.

WANT to learn more about our founder? Meet Katie by clicking though here.
Got a question, comment, or just want to say hello? Visit the Contact page by clicking through here.
Curious about the fine print? Read our Disclaimers.