Last week was about Goodness Overwhelm – this follow-up is about the other end of the spectrum. You can be a pro at shifting your self-talk when life is going pretty well overall. But what happens when the you-know-what hits the fan…and it keeps hitting the fan? What happens when you’re in major need of a WIN, and that win just isn’t coming your way? In this episode, we talk about five powerful strategies to use when life won’t let up.

When left unchecked, our first response to Goodness-Overwhelm can be to complain or self-sabotage to subconsciously “balance things out”  (kind of like how we hold ourselves back when we think we’re only allowed to have one “thing” we’re good at…). You might even feel selfish or guilty about being overwhelmed in the first place. If I can’t handle the good, am I even WORTHY of it?

If you’re feeling overwhelmed, especially if the things making you overwhelmed are GOOD things, here are six simple strategies – three internal, three external – to help you proactively persevere through whatever whirlwind you’re facing.

SHOW NOTES:
Ghost Worries
Sign up for The (Good) Word, our monthly email digest
Check out She’s The First, this season’s spotlight
Let’s be friends on Instagram!

It’s not that I’m not easygoing or that I’m quick to argue – not in the least. My high-strungness manifests in waves…or rather, in jolting earthquakes that eventually rumble themselves out.

My high-strungness comes in the form of Ghost Worries: the fear of what might happen.

Ghost Worries are anxiety-filled what-ifs that wind their way around my neck and heart if I let them, all but paralyzing me in the moment and preventing me from fully experiencing expansive joy.

My latest Ghost Worry? That in the midst of wedding planning (we’re in the home stretch!), I haven’t been as consistent with my day-to-day WANT work as I usually am – and that because of that, I’m letting this big and beautiful thing we’ve been building together over the last three years crumble.

Oh sure, my logical brain knows WANT will be fine.

But my high-strung brain flips. the. f. out.

What I’ve realized over the years is that my Ghost Worries have to do with not living up to expectations. Not perfectionism per se, but the result of letting others down. Of not being who others expect me to be.

Growing up, I was an easy target for meaningless teasing – the kind that people think is funny to do as a sign of love (pigtail-pulling syndrome, anyone?). My family’s even admitted this to me: I’m an easy target because I internalize things. I’m the type of person that people who love to get a rise out of others…love to get a rise out of. I was teased in middle school for being “perfect” because I color-coordinated, I was teased at home for being sensitive because Katie-directed sarcasm wasn’t something I found funny. I was told I was clumsy, double-left-footed, irresponsible, and couldn’t handle “nice things” because I didn’t keep my stuff pristine.

I’m a human mess, and instead of learning to embrace that, I was convinced there was something wrong with me.

My ghost worries became about who I was instead of what I did.

However, when we numb our Ghost Worries, we’re never actually addressing them. When we ignore that they’re there, we also ignore that we can change their effects.

When we ignore that Ghost Worries exist, we also ignore that we can change their effects. Click To Tweet

These Ghost Worries haven’t gone away, and I’m sure they never will. They’re a knee-jerk reaction so engrained in my nerves that not even the finest surgeon could reverse the triggers. But what I’ve learned over time is that it’s not about what triggers me, it’s about how I respond.

Here’s what I do when I feel a Ghost Worry start to spook me:

I TEMPER MY THOUGHTS. I’ve learned to only worry about things I can control in the moment, and leave the rest for later. When it comes to ghost worries, the emotions of the situation are always (okay, usually) greater than the reality of the situation. But that doesn’t mean that I ignore the emotions. I never, never, never push my emotional response out of the way. Because to me, when I push my emotions aside, I’m telling myself my emotions aren’t valid. I’m reinforcing the narrative that I’m too sensitive or an easy target. I am the perfect amount of sensitive, and my breadth of emotion has given me everything good in my life. But what I do is separate the emotion from the situation, not letting them dictate predictions that I’d have no say in. My ghost-worry predictions always give me no say in the matter. Nope. Feel the emotion, don’t feed it.

I TALK THEM OUT LOUD. I’ve learned to lean into my ghost worries, to talk them out with someone I trust who thinks highly of me but sees me as human, not infallible or immune to mistakes. And sometimes, if I’m alone when the ghost worries arise, I’ll talk them out to myself. Putting words to thoughts is extremely powerful, because fear feeds off ambiguity. The Unknown agitates those of us who are selectively high-strung – so talking things out to yourself is kind of like soothing the wound. Even better is when you can talk it out with someone else, because validation that you’re still lovable and worthy takes away the worry that this makes you otherwise.

I ASK: WHAT IS LITERALLY THE WORST THAT COULD HAPPEN? Not to freak myself out more, but I always identify the worst thing – actual thing, not emotion or perception – that could happen, and how I’d respond to that (again, actually respond, not emotionally respond). Usually when I get that out of the way and realize there would be a game plan even in that scenario, the last horrible piece of The Unknown is removed. I’ve now got as much of a grasp on the situation as I can, not just the parts my mind was selectively making up to spook me into smallness and a scarcity mindset.

So, what about me? Well, first off, the fear I was irresponsible and lazy and unprofessional gradually faded when I realized that only *I * know what goes on behind the scenes – if I am disappointing anyone right now, it’s probably myself first and foremost. And I can, strangely, deal with that. Talking it out also made me realize that my worst-case-scenario is that I flail a little over the next couple weeks, and I get back on track after the wedding. (Seriously Katie? THAT is the worst-case-scenario? Girl, you gotta get some more spooky Ghost Worries.)

More importantly, I felt. Hard. Feeling my emotions in the moment allowed me to experience them at their height, then gradually move through them. Not fight them – move THROUGH them. Although it doesn’t change my timeline, feeling everything in the moment will allow me to be pragmatic and proactive later on (squashing emotions always makes me reactive later, I’ve found). Also, I am getting married. MARRIED. To the best-for-me person I could ever conjure up. The wedding has a deadline, just like any other project I pour myself into. And then it’s back to real life…but better.

And that’s the thing:
when I confront my Ghost Worries, I remember how lucky I truly am.

Because that’s what Ghost Worries threaten to do, really: try and convince us we’re not as lucky as we really are. 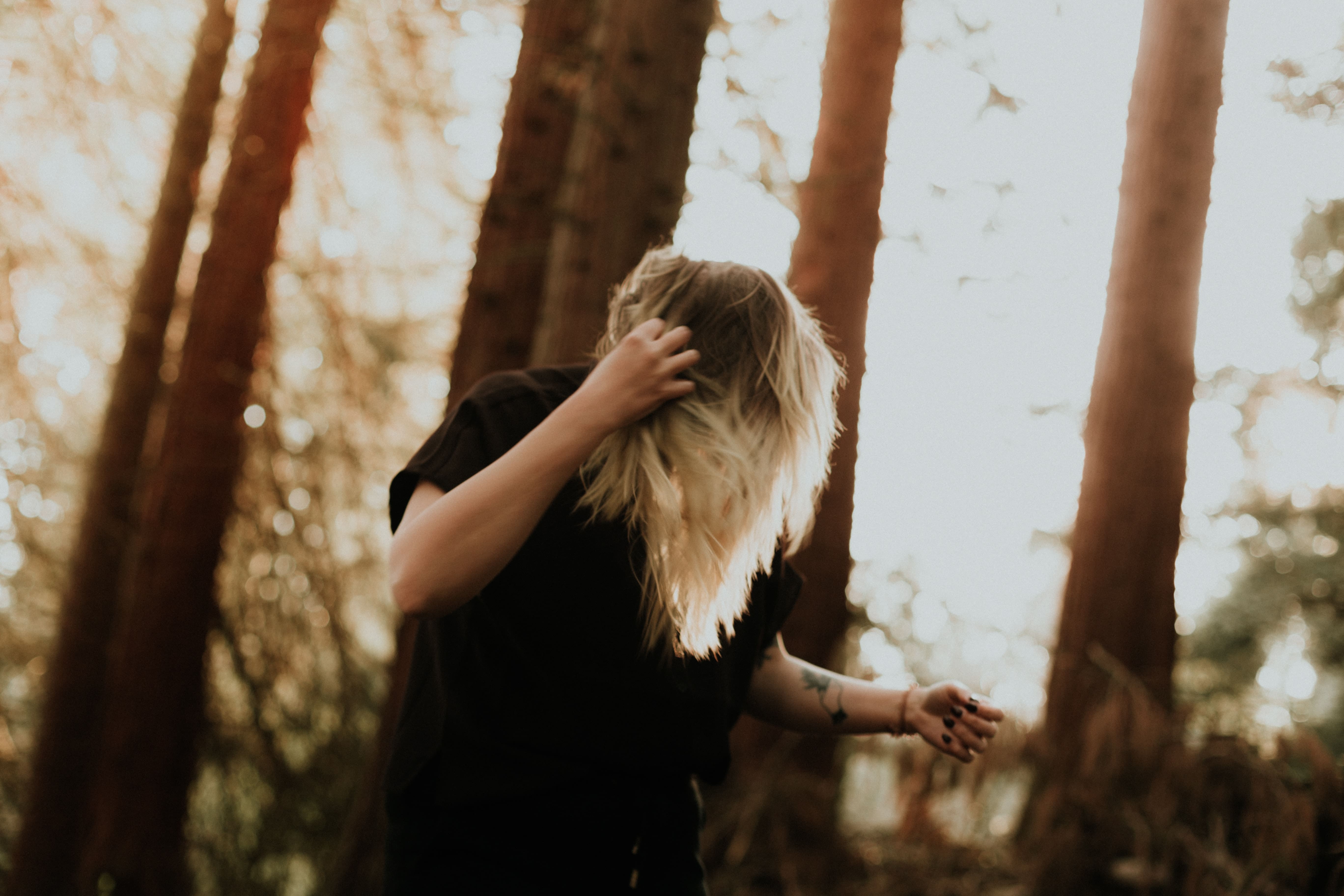 "I used to fear hearing 'Who do you think you are'

WHAT’S INTERESTING is that they never tell you t

"Life is alchemy, and emotions are the fire that t

I ALWAYS WONDER how many people end up feeling stu