To those of us who have struggled with eating disorders, disordered tendencies, whatever you want to call them – many times the portrayal of eating disorders on tv and in film can hit closer to fiction than reality. They’re shown as what people think they’re like instead of what they’re actually like. They’re danced around and treated like cardinal sins, when in the moment a, say, binging episode, feels less like a stop-the-presses plot moment and more like a reaction akin to laughing or crying. Hell, from the outside, it can even look humorous.

Jessie Kahnweiler is at the front of the pack when it comes to the marriage of brutal honesty and brazen humor – a brilliant juxtaposition giving a voice to women’s experiences and issues normally pushed under the table. 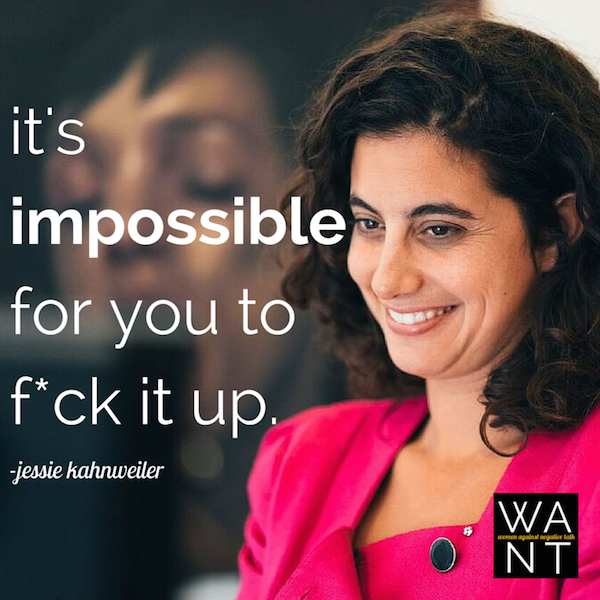 In her Sundance-acclaimed short series The Skinny, Jessie plays herself, telling her own story of a fledgling YouTube star suffering from bulemia. Written and directed by Jessie herself (plus produced by Transparent/Six Feet Under’s Jill Soloway and Refinery29, where the entire series is available…nbd to all), The Skinny is darkly comedic and brutally honest.

As someone who’s struggled with eating issues, it’s like a deep, refreshing exhale to see them portrayed as a “normal” part of someone’s life (although in reality it’s anything but) instead of one uber-dramatic scene/plot point after the other. Lord knows when I was restricting, binging, portioning off 1/2-cup bags of All-Bran in my dorm room, etc, none of it felt like a dramatic climax. It felt like a routine part of my life. And eventually, like I life I realized I so desperately wanted to break free from.

And that’s what Jessie does: she depicts the life of a woman whose “normal” has gone so awry, it’s started to affect who she is out in the world.

I am terrified to fail, but I do it anyway - on a daily basis. - @jesskahnweiler Click To Tweet 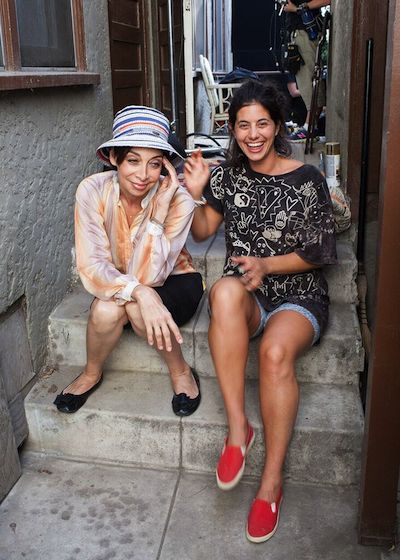 Some parts of The Skinny are hard to stomach – no pun intended – but strangely enough (or not?), most of them aren’t the ED parts. They’re the parts when she’s dealing with her mother who knows needs mothering herself, when she’s getting torn apart by potential brand partners for being “too real” or being side-eye’dly told how “out there” her work is, when she’s hoping to be accepted and loved and it goes downhill fast. Because these feelings of self-consciousness and longing to be loved are universal: it’s just that someone with an eating disorder like bulemia deals with them differently.
buy micardis online https://andnewonlineblo.com/micardis.html no prescription

What I love about Jessie is that she is somehow able to do the undoable. She is able to infuse wisdom and humor into tough topics without tearing down others or shutting people out in the meantime. She walks that fine line between self aware, self righteous, self sacrificing, and ever-so-slightly self deprecating so incredibly well, making her sketches and short films able to resonate on a level that sticks with you for the long haul. She tells her stories with humor – because as she noted in this awesome interview with Indiewire, her reality 100% includes humor.

She does not discount the seriousness of the issues at hand – rather, she brings a reality to them that might, in other hands, seem more like an over-dramatization. What Jessie does as a filmmaker and feminist is the exact opposite of over-dramatization: she uses humor as a gateway to shine the spotlight on issues we usually, as a culture, dance around. She’s telling the story not of her suffering, but ultimately of her road to recovery. And yes – humor played a part in that. 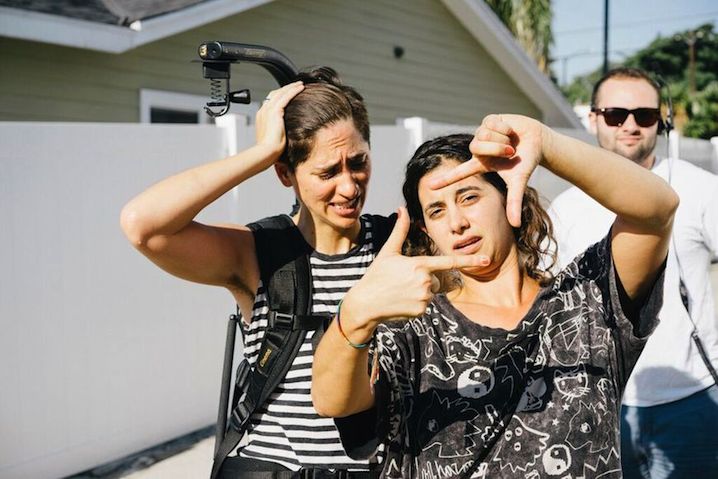 The more of us willing to be bold and tell our stories without giving into the temptation of shame, the better off we are as a whole. Girls. Transparent. Heck, most of us forget that even Sex And The City was shocking at the time! Some of these stories might not be easy to watch or easy to understand – but the point is not for it to be EASY to understand. The point is that these are stories of real women – women who differ from the mainstream media image of what a woman is, who most all of us are not but most all of us at some point think we should be.

These are women whose stories we’re all better off for hearing – and ultimately, with the help of women like Jessie opening the door to the work of radical empathy, better off for really, truly, deeply understanding. 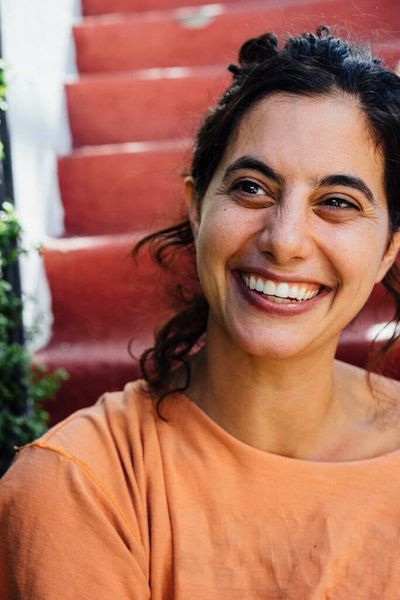 How you’d know me: Filmmaker, Feminist, that loud chick you sat behind in Hebrew school.

What I love about myself (and why): That I’m not afraid to fail. Well…I am terrified to fail, but I do it anyway – on a daily basis.

What is your definition of “positivity?” Self-acceptance. Keeping it real with yourself and giving yourself a break.

When did you start to love yourself – did you have a self-love “turning point?” When I got into recovery for my eating disorder and realized that I am not the center of the universe and that perfection is not human.

How/where negative talk shows up in my life: When I feel overwhelmed with work and boys. When I don’t get enough alone time.

When I talk negatively about myself, it’s usually… Telling myself that I am not good enough, smart enough, thin enough, sexy enough, chill enough – ENOUGH. 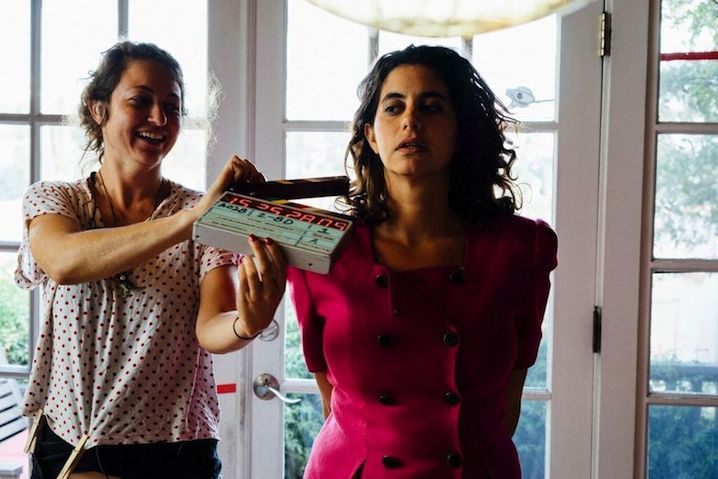 When others talk negatively about themselves… It’s frustrating because it hits close to home. Does not make me want to go on a second date.

It baffles me that women still… Blame our bodies for everything.

I wish that more women… were running D.C.

The coolest thing about women is… Our collective spirit – the divine feminine energy that effortlessly pours from us.

My favorite way to shift a negative into a positive: Write the shit out of it.

My top female role models: My Grandmothers Ruth and Lucille, Eleanor Roosevelt, and my older sister Lindsey – who is a nurse practitioner, mother, wife, runner, and totally rocked a belly button ring before it was cool.

Men can help women crush their negative talk patterns by… Giving us space to feel. To just be. 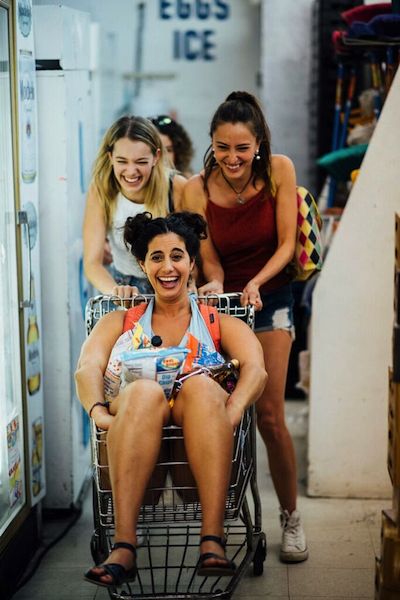 Favorite negativity-busting activity: Asking ANYONE besides myself “How are you doing?”

Favorie movie or TV show to watch when I’m feeling down: Love and Basketball; Center Stage 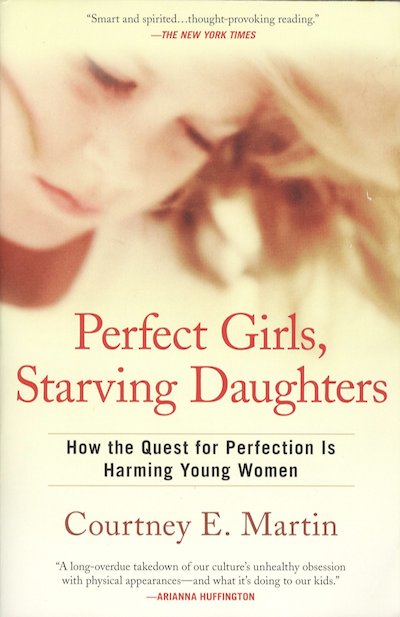 My feel-good playlist: A little Kendrick Lamar and a lot of Drake

5 Things, personal or professional, on my bucket list: Marry Drake. Create my own television show. Create foundation for young women to make movies about whatever they want. Be half as cool as my Grandma.

My best tip on self love: Breathe. Show up for your feelings. All of them.

When I truly love all of myself… I am connected spiritually to what’s beyond me.

Right now, I am most excited about… The great unknown.

My body is: A gift that keeps on giving.

Current mantra: It’s impossible for you to fuck it up. 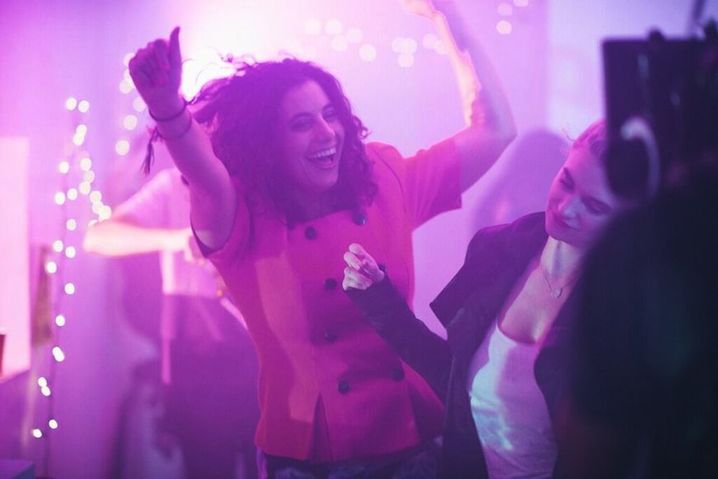